Last month I wrote of how I’d discovered what read to be an old UFO tale, about a Moon Maiden, in my old Children’s Encyclopedia by Arthur Mee.

The encyclopedia is a 10-volume affair that was written some 70 years ago. I set myself the task, a few years ago, of reading one volume a year and I’m currently 7/12th’s of the way through Volume 3. Since I’m on target I have turned once again to Chaucer’s Canterbury Tales, written a few years before the Encyclopedia (500+), which I’m also working my way through, one tale at a time.

These tales are told by Chaucer’s pilgrims as they travel to Canterbury. I would say that many tales have their roots in the past and are skilfully adopted and adapted by Chaucer; tales of knights, kings and princesses as we find them in our fairy tales are abound. With this in mind I wonder if a trail would lead back from such tales to some element of truth in the distant past.

I just read The Squire’s Tale, and OMG! 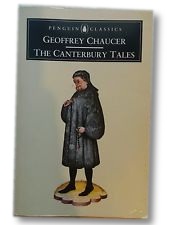 Actually, I’ve been trying to read a version of the Canterbury Tales that’s written in the old English as Chaucer had written it, but that has been hard going and I’ve been printing off each tale in a translated form from the internet, to help me follow each tale, but my mum just found a Penguin Classics version, translated by Nevill Coghill – it’s a handy size that I can read side by side with my original copy, and save paper/ink/trees by not having to print any more chapters. This one is nicely translated, and I’ll use this version below because it manages to keep the rhyme and rhythm going. Anyway, The Squire’s Tale…

We begin at a feast with King Cambuskan and…

There came a knight upon a steed of brass
Bearing a mirror, broad and made of glass.
Upon his thumb he had a golden ring,
And at his side a naked sword a-swing[ing].

This ‘knight’, we are told, has come from “fairyland” and this “steed of brass” can travel with ease, anywhere you want in a day. Fairlyland… lets just say it is of another world beyond comprehension…

This steed of brass that easily may run
Within the natural circuit of the sun,
That is to say in four and twenty hours,
Wherever you may wish, in drought or showers,
And bear your body to whatever place
Your heart desires, at a gentle pace
And without hurt to you through foul or fair.
If you should wish to fly, and mount the air
as does an eagle when it seeks to soar,
This very steed will dear you as before
In perfect safety on your chosen track,
Though you should fall asleep upon his back,
And, when you twist this pin, return again.

This is not merely a horse although it is labelled as such. It also couldn’t be “raised or slewed. But stood its ground as if it had been glued” although people tried, with “windlass, engine, artifice or pulley”… they didn’t know know why and recalled tales of “Pegasus of old, The fabled horse that flew on wings of gold…” Perhaps both were similar, neither an actual horse but some other craft, otherworldly, extraterrestrial or, extradimensional. The knight explained about controlling the “horse”…

…if you would ride it far or near,
Just twirl this pin that’s standing in its ear,
As when we are alone I soon can show,
Then name the country where you wish to go,
Or else the place, wherever you would ride,
And having reached it, if you so decide,
Bid him descend and twirl another pin,
For all the mechanism lies therein,
And down he’ll do to carry out your will
And having reached the ground will stand stock-still.
Whatever then the world may do or say
He cannot thence be dragged or born away.

With the pins, or switches/levers as I imagine them, I visualise controls similar to Doctor Who’s TARDIS, although that was a blue box, so perhaps H. G. Wells’ Time Machine is closer in description. 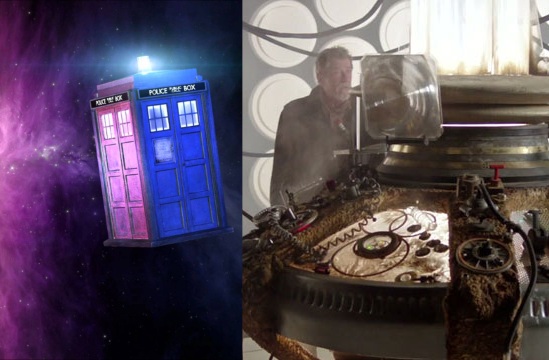 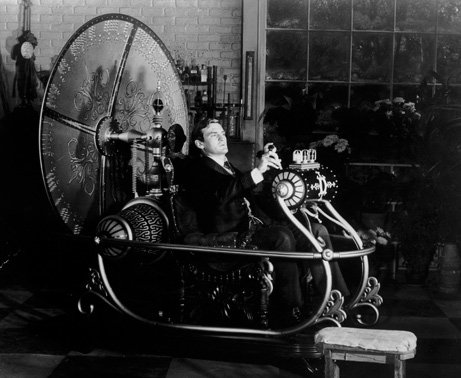 However, I’m also picturing prehistoric images that are in books by Erich von Daniken. 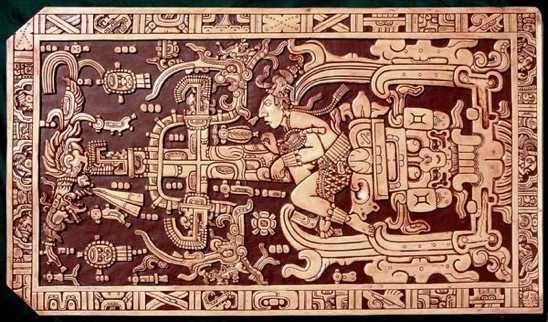 The golden ring that the knight brings also has similar features to the language translating ones of the TARDIS, and the mirror I imagine as a modern-day computer-tablet device but capable of revealing the false and treacherous conduct of others, “who is friend and who is foe” Perhaps by snooping on their Facebook Feed or by videoing them in secret! The sword has the ability not only to wound, or cut through “The armour of whatever man you smite… and when wounded by it”… “Nothing can heal him until the sword is laid” but it can also heal by laying the blade flat, turning the edge away, and stroking the wound, “and you will see it close”.

Sadly we learn little more. Lady Canace is given the ring and she goes away and discovers a distressed falcon that is harming it self due to a broken heart; she is able to converse with the bird about its strife, thanks to the ring. Wikipedia confirms that this tale is incomplete and it echoes some of what I have discovered. It reveals that Cambuskan is Genghis Khan (although this is elsewhere disputed)…

…a strange knight approaches him bearing gifts, a motif common in Arthurian legends. These are a brass steed with the power of teleportation, a mirror which can reveal the minds of the king’s friends and enemies, a ring which confers understanding of the language of birds (as some legends say King Solomon owned [he is mentioned in this particular tale along with Moses]), and a sword which deals deadly wounds that only its touch can heal again (both the spear of Achilles and the Holy Lance have these powers). After much learned discussion of the gifts, digressing into astrology, the first part of the tale ends.

The ability to heal through the use of a sword seems odd, but if we think of it as some sort of staff, perhaps Merlin-esque, I once again turn to the help of Daniken’s images: 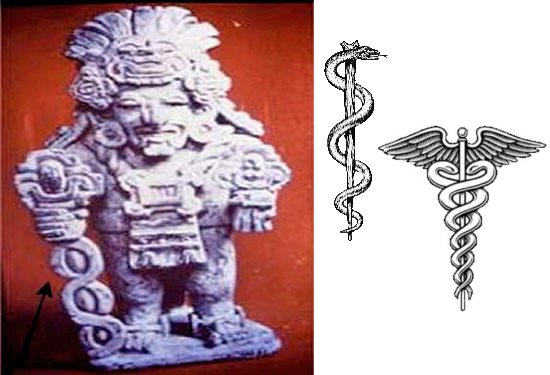 As a final digressing note, the use of astrology to explain dates and times is common throughout The Canterbury Tales and intrigues me, this particular tale times the opening scene as thus:

It was the Ides of March, in the new year;
Phoebus the sun shone happily and clear
For he was near his point of exaltation
In face of Mars, and there he held his station
In Aries, and that’s a sultry signCheerful the weather, vigorous and benign…