In addition to receiving the replacement screen for my broken tablet (which I still need to fit), I received the case I ordered for it. Or rather, I received a case for it; not the one I wanted.

A quick visit to the ebay website and the return has been agreed and postage label provided. But I still want the case I ordered, and nowhere in the return process was there any mention of whether I would get a refund or the correct item in exchange. I checked the original listing and it now shows the one I wanted as being out of stock, but perhaps they think it’s now out of stock because that’s the one they think they sent me.

It took me a bit of searching to find that case too. I wanted one that would present itself in both ‘landscape’ and ‘portrait’, whereas the one they sent me has a tree on, so it doesn’t. I also liked the one I chose because I thought it would suit the white tablet well (a design that would perhaps help me to sell the tablet when I’ve finished with it).

This wasn’t the only tablet case I was hunting for either.

My client whose new printer (app) wasn’t compatible with their existing tablet (link) asked me to order them a new tablet and case. It took me a while to find a tablet with a variety of cases to choose from. I had the same challenge when I supplied their original tablet; they wanted a yellow case but the one that arrived (or the closest match I could find at the time, I can’t remember which) turned out to be lime green. They were happy enough with it; they wanted something bright. This time I tried again to get a yellow case but ended up ordering a multi-colour one. It wasn’t particularly cheap either.

A day after I’d ordered the tablet and the case though they phoned me… could they change their mind and get a new laptop instead? *sigh*

The tablet and case went back today and the laptop arrived a little later. This is another laptop that lacks an Ethernet socket, I guess they’re going the same way as DVD drives, and the dodo. So, I connected it to my Wi-Fi to get all the latest Windows Updates downloaded and installed. Or rather, I tried, and I tried, but it wouldn’t connect. Eventually, after restarting routers, restarting the laptop, uninstalling Wi-Fi adapter drivers, and typing in the Wi-Fi password umpteen-million times, I realised I was typing in the wrong password; I had been putting in the router password for access to router, rather than the actual Wi-Fi password. *facepalm* [I’m a computer technician by-the-way]

Another thing that arrived today was a pressure/jet wash(er). I’d been mulling over getting one to clean the exterior walls of my house and various paths which have been accumulating much moss over the years. I’d mulled it over that much, and kept doing so, that I just needed to bite the bullet and get one. I found a “seller refurbished” one at a reasonable price (I suppose*); I’ve considered I can use it to do the job now while everywhere is all damp, and then sell it on. However, the necessary hose-pipe connector is missing, so another trip to the ebay website was in order, and I now await the part.

[Edit] The pressure washer saga continues… the seller agreed to send the missing part but then as I proceeded to assemble the unit it transpired that the handle structure was not for this model, and would not fit, and another part was missing. I then scanned in the instructions again to highlight the issues to then see I was highlighting things a previous owner had highlighted!

I contacted the seller again only to receive an automated reply: “…out of the office until 01/03/2021 and may not be able to respond to your message.” Well that’s bloody brilliant. [Somewhat an exaggeration given that it’s Friday, February only has 28 days, and therefore the 1st will be Monday…]

Not that I had the hosepipe to attach to it yet [although that has now arrived], that has been ordered too. It will have some attachments with it that will at least attach that to my outside tap.

*I met up with my brother today. I mentioned the jet wash and it just so happened that he’s ordered one to do his paths with too. But as he does, after much reading of reviews, he’s spent more than twice as much as me (I doubt his has twice as much path). He seems to like doing that, rather than spending as little as possible like me, he seems to list his search results in descending order rather ascending. I’d at least watched someone using one on Youtube, so I could see it in action, and thought “That’ll do” and went ahead and bought it.

As a final bit of ebaying today, I’d ordered some Wi-Fi equipment for a client a few days ago. I’d noticed the seller had left me feedback straight away, which they often do, but it said something like “i am waiting for feedback” smiley face. That was a bit weird I thought; I’ll leave feedback once I’ve received it and I’m happy with it, thanks, smiley face. Then today I have a message from them, asking for my address (“plz”) to send the item to. I check ebay and it shows that they dispatched the item a few days ago (unless they just marked it as dispatched but didn’t actually send it), around the same time they left feedback. I try to click the button both in the email and through ebay’s messaging page to reply, but I get “Page cannot be displayed” or something like that. Very weird. I try another seller’s message and that works.

I see that the seller is reasonably new, although they appear to have sold a list of items already. Perhaps they don’t fully understand how ebay works (you don’t need to ask someone for their address), you don’t mark an item as dispatched before you’ve dispatched it, and you don’t leave feedback asking for feedback (nor should you expect to receive it before an item has been received and the buyer is happy with the purchase).

I thought perhaps they sent the message to me by mistake and they retracted it, leading me to get the error, but now I try some hours later I can reply. However, since I was getting somewhat concerned earlier that the item (which as I say, I have ordered for a client) hasn’t actually been dispatched, I looked on ebay to see if there were others for sale and found one for a good price. In fact, it was already an OK price and I made an offer on it and got it for even less. So even if I do end up with two of the same item, I can sell one on ebay and make a profit. #win

[Edit] Since writing that, the weird seller has retracted the “Item Dispatched” statement, so I’m now guessing they didn’t post it after all; I’ll see if the item turns up today, which is the deadline (I doubt it) and then I’ll request a refund. I don’t know what they’re playing at. Part of my discussion with my brother was about dodgy sellers “buying time”; he had cause to contact one order which, having dragged on for almost a month, the ebay assistant said it seemed “buying time” was what that seller was doing, since had it passed the one-month mark he would have lost his chance to make a claim.

In other (non-ebay) news, I got a free book today from a second-hand shop (after two days of rain the sunshine had appeared so I was making the most of it). ‘The Bible is History’ by Ian Wilson. It touches on some things relevant to the Ebla book I mentioned in my previous post, indeed Ebla is mentioned on p.30 and there, along with many other pictures (because it’s that sort of book), is a cuneiform tablet. I do like it when things like this tie neatly together. 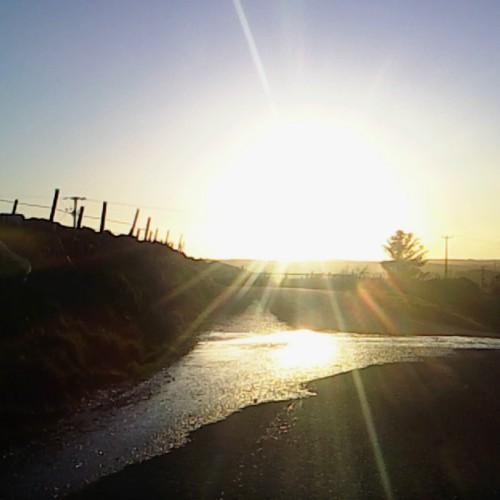