For Week 1 of 2020 I set myself the main challenge of not watching stuff on Youtube, although I realised this wasn’t a long term “solution” to a perceived bad habit/routine/addiction since there were things I actually wanted to watch; I had added instead added videos to my Watch Later list, a process I really think can help to avoid binge-watching.

That following weekend I worked my way through some of those things I had chosen and intended to return my focus to other things during Week 2. However, my List wasn’t done with and before I knew it I was well into Week 2 before I actually realised I was still watching stuff on Youtube! It’s not like I was doing this all the time, thankfully not; I had a busy work week, but I knew I’d turned to Youtube as a means of winding down and relaxing after I felt was a busy day.

The problem with this I outlined in my previous post; namely that I wasn’t relaxing, not my mind at least, because I find that I choose to watch (or read) things that I can “make something of”.

My Week 3 Focus is therefore going to be largely about returning to my Week 1 efforts.

One thing I have considered, and attempted with little success in the past, and has been suggested to me regarding that previous post, is focusing on one thing at a time; it’s like I always have too much on the go, or my To Do lists give me that impression. I need to work on doing/focusing on/thinking about one thing at a time, and ‘finishing’ one thing before starting another, or as I term it “putting my toys away” something I recall from childhood when my mum would request I put my current toys away before getting others out. Any projects, whether it be a blog post, video to edit, actual work, or concocting something in the kitchen, are akin to the toys of my childhood. This is a lesson I’m still working on but with conscious effort!

The problem with focusing on only one or two things each day is that a number of things I do require regular (and ideally daily) effort, such as yoga and musical-instrument-playing, otherwise they don’t before routine or progress is slower. I also prefer to do a bit of each thing on each day so that progress is steady and manageable; take cycling or running x-number-of miles in a month, like I did in December; it is more manageable (or actually achievable) to do some miles each day rather than going out once a week to do a bulk-load of miles.

I think I just need to better focus on each thing in turn and avoid getting more toys out.

What I have managed to further contribute to my January efforts as a whole so far:

I’m getting back on track with my yoga and my sister and I are working on a little fitness challenge to improve the flexibility of our legs. It’s hard to explain, so I wont really bother, but it’s a little something extra to focus on this week as it involves ensuring we each practice three times a day for a minute on each leg, and then we’ll see how we each progressed when we meet again in a week’s time. We both realise the motivational benefit of doing this joint-challenge/exercise.

Last week I mentioned I had a list/pile of things to fix and list on ebay and I made some progress with this: 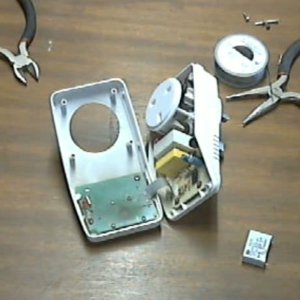 I was going to make a video out of these things but I don’t think I’ll bother now; too many toys out!

I did, however, read, record, and uploaded some more episodes of ‘Brian reads…‘ and am looking forward to persisting with this each week.